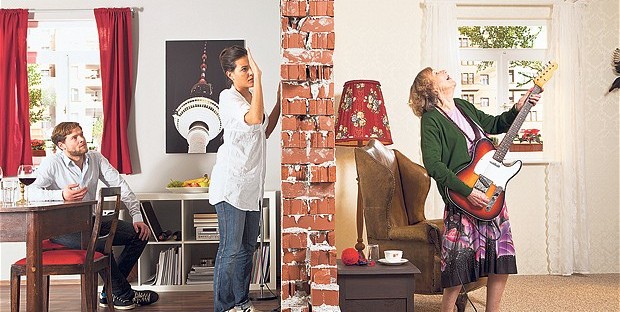 “Sometimes things aren’t clear right away. That’s where you need to be patient and persevere and see where things lead.” – 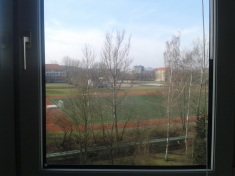 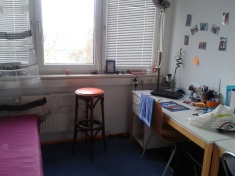 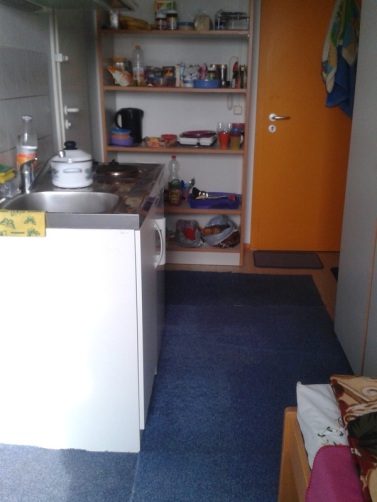 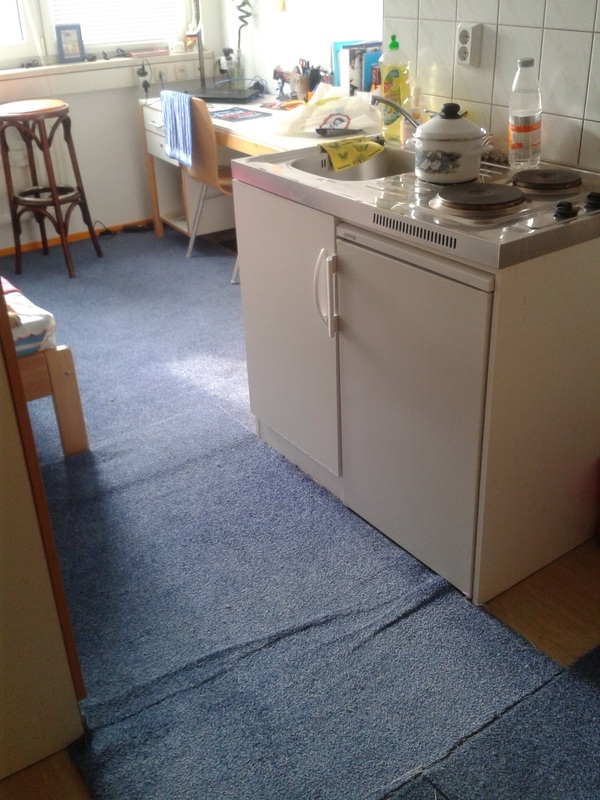 Anticipating a really good hostel life, I entered my assigned room on the 6th floor with a  beautiful view of the football field, on the 3rd day of March. Since I was the first one to get the keys, my roommate and I adjusted in my room until she got her keys and other roommate remained in friends room until he got his keys.

We set up the kitchen and started cooking again. Obviously, we all had exams going on and all we had to do was study, eat and sleep before we made ourselves at home. Most evenings in the first week after moving, all of us (old roomies), gathered in my room for cooking and taking a break from all the stress we all were going through. It was going all well, until I get my first knock from the bathroom door.

In the dorms here, and in the building where I was assigned, between every 2 rooms there is a common bathroom(until you were ready to pay 60 euros more and get a complete private room). Anyways, I was looking forward to have a complete stranger as my new neighbor(pun) and as i had read in books, I thought we could have coffee/tea in evenings, share food that we cook, always have someone right next door.

But boy was I wrong. She knocked again, and this time harder. Everyone in my room looked at me, we all stopped eating and I was perplexed. I opened the door, greeted her happily and then I froze. Her expression gave me an idea, she was angry (simple angry). I asked her if there was a problem and she expressed that we were too loud. Until that point it is agreeable, and maybe it’s alright for neighbors to complain. But it was just 8:30 pm. I was confused but didn’t want first meeting to be bad, so apologized with a smile. Any other normal conversation must have stopped there, with an okay or keep it low or good night. But she scanned the room and asked me why were so many people there? Okay this was none of anyone’s concerns and especially in a country like Germany.

I explained her that only my room is allotted presently and we cook together. Sounds simple ain’t it? But it didn’t make sense to her or as it seemed like. She now asked for how many days this would go on. I didn’t know what to tell because I had replied to that just 10 seconds back. Anyways, I explained again and she told fine. It was her turn to explain, and she told that she was unable to sleep with noise (acceptable of course) and if disturbed once, she can’t sleep all night (I wondered if that could happen at her age?) Nevertheless, after 360 long seconds conversation, I locked the door and I shivered. Like literally wondering if this is what I have to go through for at least next 1 semester.

We carried on talking, but barely speaking more than an audible range.

Similar events happened 3 nights in a row that week. And I was already starting to lose my patience. Because in other conversations, things like water sound is too loud or you must close to door as quietly (like a mouse) while using the bathroom at night or even – putting post it on the bathroom door from inside, reminding me to keep it low.

Well, if this was how it was going to be, I really hoped that my other roommates got their rooms quickly, so that ‚I could start hanging out there. And so they did. Within that week, each one got their keys and exams had ended as well.

Obviously, we all wait for this time of the semester, and finally it was here (Yay!). The end of exams followed weekend parties, all night talks and terror from the next door on alternate days…

3 thoughts on “The new neighbor…”