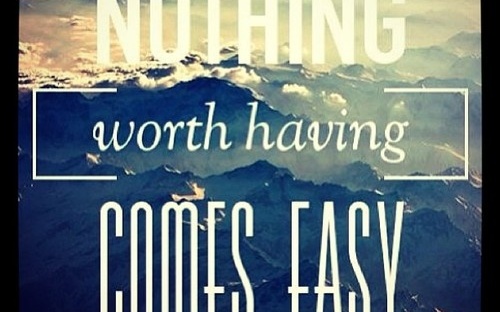 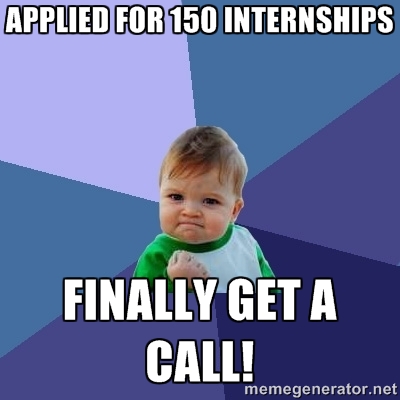 Well life works in a funny way. When I was applying like that is the end of my life, no call. No positive reply. But when I met Sunil in the party the night before, next afternoon while cooking lunch, my phone shows me a notification. It’s a mail from one of the companies I applied for.

I was certain it has concluded with “Good luck with your future” but this was different. This one ended with “Hope to meet you at Stuttgart on 06.06.2014“. I screamed with happiness and jumped up and down and almost after 300 seconds came to a halt and read the email again. It said that they found my application interesting and wanted to meet me. The first person I told was my best friend followed by a call directly to Sunil.

It was awesome how he rescheduled our lunch plan and called me the following Sunday. And Sunday approached soon. That day, weather was drunk! Raining cats and dogs, I managed to reach the nearest bus stop, but then he came to pick up from there and we reached his place in less than 5 minutes (Before I continue, you must know that he is an adorable friend, a very generous and a humble person, so whatever follows, is not even slightly exaggerated).

We reached his place and the smell of sambhar rice was so inviting that my stomach rumbled as I stepped in. He had taken prints of my cover letter and resume and we began our discussion. He didn’t tie a bow and tell me anything sugar coated. It was straightforward critic and where I could improve. According to him, my resume was impressive but cover letter disappointed him. And hence began the next 2 hours of amazing, honest and realistic advice!

Now since I had an invite for an interview, I had to prepare. A lot. He started with this line – “When they read your cover letter, they should picture you with your words”. This simple sentence, not only made me rethink, but then made me ask myself – How well do I know me? Listing education and achievements is not merely enough. It’s who you are and what you’re capable of. His next question to me was – “Tell me your strengths and weaknesses”. And my answer was cliche. Like I had seen and read about. Which is wrong.

The only way you can sell yourself in an interview is by being confident of who you truly are. You can justify your grades but they look for a person with more than that. Someone who makes them look at you as apart from the rest. German standards of interview as explained to me was way different than what I had given in India for full-time job. People will not nag you about writing a code on a paper, instead calling you to discuss about you and get to know you.

All these things were foreign to me until that day. We had amazing lunch and post lunch was the session to prepare for the interview. As in prepare like mirror practice prepare – in German. And not just by mugging up some lines in a foreign language without basic knowledge. Because you don’t want to go there and introduce yourself, while they ask you if you want coffee, would you?

I was accompanied to his place with my best friend, and he suggested I practice few sessions of interview with him. We decided to dedicate next 11 days to just this. Next step was to book tickets. Now although, it had been almost 8 months in Germany, I never visited western part of Germany. We booked train tickets from Chemnitz to Stuttgart and back for the same day, just so that I could sleep peacefully no matter how late I reach (Plus travel was being paid by the company, so no issues).

Last thing he told was, “I had received my first offer letter in Germany on 06.06.2013 and exactly a year from that date, I am sure you will have yours in your hand”.

One thought on “Lunch of wisdom…”