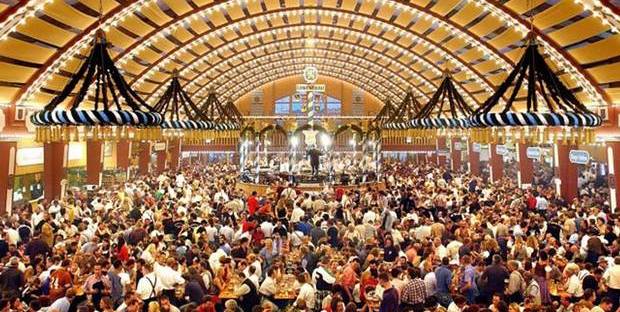 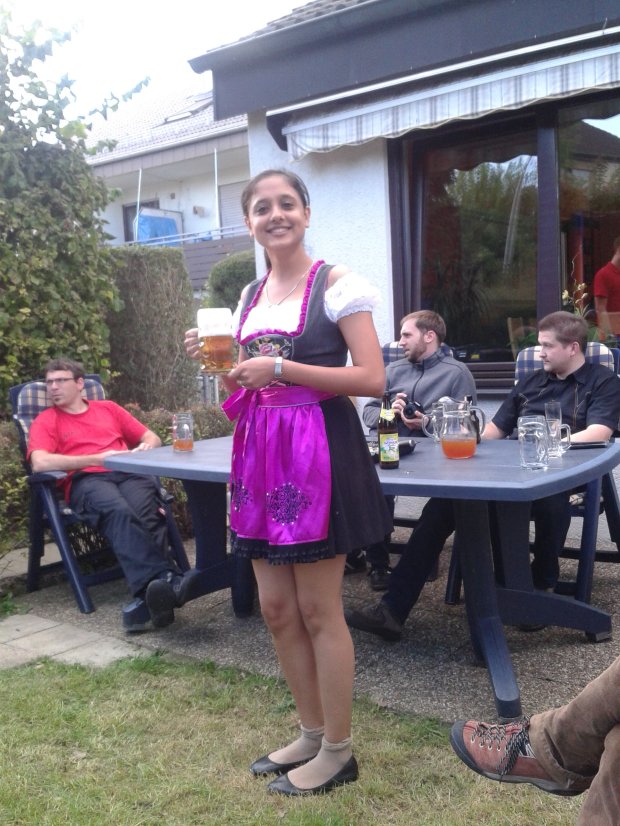 Dirlndl and beer – signs of turning into German for sure!

My approach towards daily life in Stuttgart was starting to change, since my return from the trip to Austria. I started trying to make an effort to understand people from this part of Germany and hence began my observation. As much as I hated the room, I started going out for few hours during the weekend and one such wonderful weekend was while the Oktoberfest was going on. Formula Student Germany officials had decided to have a ‘unofficial meet of the officials’.

I was invited as well, and luckily it was organized in a beautiful part of Stuttgart. Of course I didn’t know how to reach there or come back (since it might be late), but nonetheless, everything works out really well after all. Two of my friends who live a little away from Heidelberg were driving to Stuttgart for the same evening celebrations, gladly accepted to pick me up from my place and drop me back on the way back as well. Since that was sorted, I decided to leave my room and attend the meet.

We reached there by 7pm and that evening I learnt a lot about how Germans truly relax and have a nice time in their back garden with friends. It is not that complicated after all. There is a lot of apple juice, beer, meat, bread and vegetables – along with more drinks and board games for after dinner. 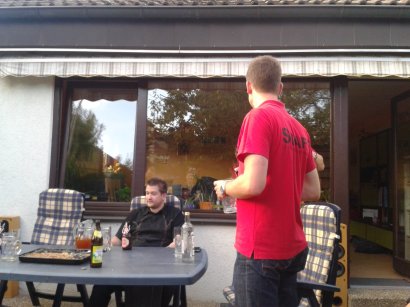 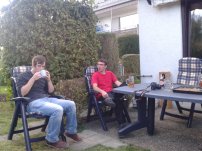 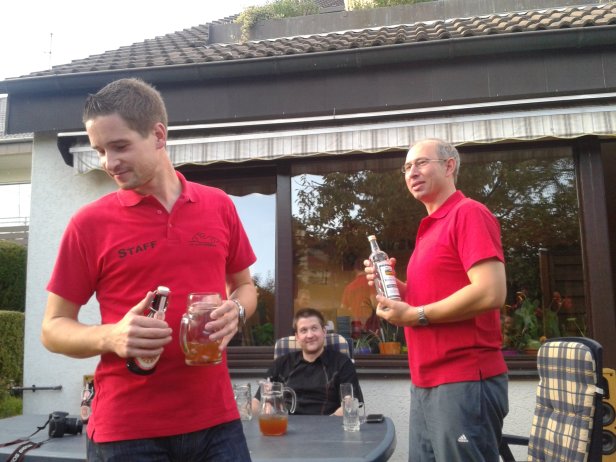 I was more than happy to see many members of FSG and started interacting, having a nice time. The person who had organized the evening, asked em if I have ever tried a Dirndl? As much as I wanted to reply, I tried understanding what he asked. He then explained that the dress that is worn by girls during oktoberfest and so on. that’s when it strike me what he meant and i finally understood what it’s called. I obviously had no experience with that dress what so ever. He decided why not try it, and he would wear what men/boys wear during fests. So I was given a beautiful Dirndl and I changed. It did take me more time to understand or figure out how to wear it than actually time taken in wearing it. And it was wonderful! Absolutely different and I liked it too. When I walked out into the garden again, the reaction was really welcoming. It felt good to be an the only ausländer(foreigner)  wearing a traditional dress of Oktoberfest.

This was followed by enjoying on trampoline and finally giving up after being hit by the tree three times! Awesome fun! 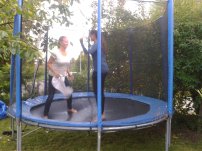 Then came the smell of appetizing food from the barbeque section and food was all there. With varieties of meat, breads, vegetables and dips – it was a great dinner with some really awesome people. Weather was brilliant and started to get people’s jackets on them. Cozy indoors set the right mood for some crazy and extremely fun drinking-board-games. Well, in most of my social events/parties with Germans, I have played variety of board games and has to include drinking – mainly shots of Jägermeister (which completes the day sooo well!).

The evening was coming to an end for me, since I had to travel back and after bidding farewell, I was ready to go home and start packing. There was just one more day I had to move to a wonderful apartment which was right in the center of the city (Couldn’t wait to get out of here).

After reaching room, I found something at my door step, it was none other than a really sweet and thoughtful gift by my room mate – a German comic book, along with a map of the are I was living in at that time!

I was extremely happy and it got a step closer to my love towards this country and its inhabitants.