“What has really changed?” I asked myself one evening. Planning on making some eggs on Tuesday evening. Why was it such a weird question to ask just for eggs?

I’ve been questioning my superstitious beliefs since few years now. And each time I still plan on doing something, I ask myself if I’m in anyways going against my morals or teachings?

For all those who are unaware, eating non vegetarian food (including eggs) on a certain day is forbidden in India. Again, depends on which religion you belong to, which caste, which sub caste, based on your house God and such factors, it depends. In my home, it’s always been Tuesdays and Thursdays.

While growing up I followed it because I was told by mumma. It was absolutely fine. As I grew up, I started questioning myself on somethings that I’ve followed diligently as a child but starting to wonder why.

Some basic examples of things I followed once without a clue why:

And who knows what more follows in various parts…

Well, my question to myself is, what is the reason for these.

Over the years, I have tried to explain these to myself and after each question, tried to justify them too. But some are just not possible. Most in fact.

But are they really?

Yes, most are explainable why and how it might have started. Question is, do we still really need them?

My possible explanation to myself  was, once upon a time, when there was not too much food, light during evenings, and once if something wrong happened  on a certain day – followed all these centuries for people to believe it is so. And some particular day isn’t right/good/auspicious.

Maybe there was scarcity of meat at some point of time or place. Hence the restriction for meat. Or maybe it’s good to have a balanced meal and not overeat anything and hence the rule.

Maybe there was scarcity of water during some times of year and it was easier to save more water if we don’t take full body shower on some days. Hence the rule.

Since there was no electricity at one point, it wasn’t advised to sweep the floor, since one could easily lose valuables if they were fallen on floor. Hence the rule.

There was no proper sanitary pads and girls were with limited energy (maybe) and hence the advise to take rest and not to enter kitchen. May have been unhygienic.

Some people have flat feet, we are born with it. Can’t be changed.

Why blame your mistake of breaking a glass as bad omen? Just be careful next time. It’s simple.

Why get late for a meeting/appointment and leave late because of a sneeze?

Some people are born on a Tuesday, you can’t do anything about it. Each day is a good day. Especially if you are born that day.

People were not so informed about eclipse and causes and effects. Hence the prohibition.

But today, in this advanced world – People are informed, educated and if not, they inform and educate themselves (thanks to Google).

Food and water is available (to most) in right amounts.

And most importantly, women have all the more advantage with various kinds of menstrual products. When women can participate in Olympics during this time, they are capable of being more fit and hygienic today too.

Then why still all the prohibitions? 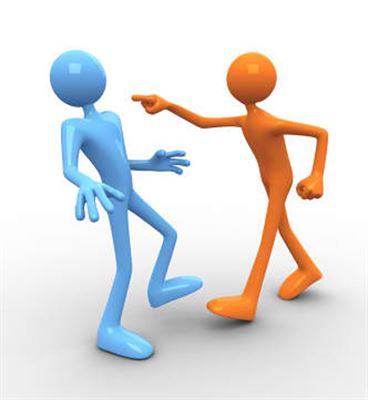 What rattles me even more is that people from my own generation still don’t find logic and yet follow.

It comes down to one point – yes, it’s a personal belief. I don’t have a problem what who follows.

Since the time I have stopped or rather argued with myself about what and what not, I’ve gained more confidence in myself.

If it’s my fault, I take the blame.

If I have a problem, I solve it.

All one needs is strength and belief in your own self. Find a way and help yourself. That’s the best thing one can tell themselves each morning.