“A nation’s culture resides in the hearts and in the soul of its people. ~ Mahatma Gandhi”

“Today we will be discovering not just the roots of this culture, but also the reasons behind them…” said the trainer. Sitting in an inter-cultural training for India, I was really excited and curious to see what is it that I don’t understand about my culture, yet. One thing was confirmed to me at the end of the day – India is really complex and the culture we have, even more so. Not just in terms of languages or variety of food but so many other fundamental things. Things that I never gave another thought to before, with so much thought.

The whole day was filled with activities, discussions, role-plays, short video clips and a whole lot of deep understanding of the culture. It was even more interesting since there were three other nationalities present in the room, Mexican, Italians and Germans.

Naturally, a lot of topics were covered from business and corporate point of view and at the same time, it had a personal touch to it. Now that I realize, it’s a very Indian way of doing things. Personal touch to things, explanations, discussions are sub-consciously instilled with us.

I wouldn’t be penning down each point discussed but the things that rather made me sit back and think again. 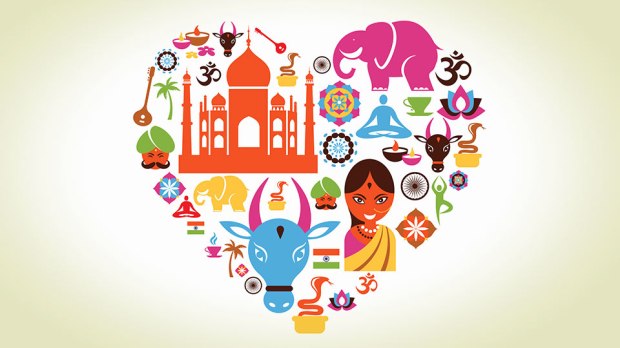 The first thing that caught my attention was the tip of the berg concept. What we see various cultures as, the stereotypes. The things that are known to us if we meet some people of that land. And finally the roots and strong beliefs of each culture. It was fascinating how traffic, pollution, food, IT support, being late, head wobble top that berg for India. Along with some very typical things about other cultures too which I admit, also fall for.

Then another very important part was understanding the hierarchy, power and how it’s deep embedded in our culture. Not so obviously, but mostly the castes are out of the picture over the time, and replaced with money and position. Funnily, I participated in this activity, and I was supposed to be the peon or so-called chai wala in a company scenario. Even during the play, I felt the tip of how it must actually feel to be treated that way. The feeling of not respecting people below to our status and being treated that way itself, both are not my cup of tea. Unfortunately, it still exists.

It bothers me deeply how people change their behavior while treating the servant or someone who is selling something outside. Why? Simply because the feeling of – ‘I pay for it. I’m the boss’ feeling creeps in. But we fail to understand that we need their services as much as they need our money. We pay them for the things we need them to do and that doesn’t entitle us to treat them any lower in any way. Sometimes simple things like we all have red blood flowing through same parts of body is somehow lost and becomes invisible with all the money that makes all the difference.

This was recognized during the training and explained why it came into existence so deeply in first place. I agree, the colonization of the British and various kings that invaded India years and years ago didn’t make it easier for the society to feel that way. But, it is up to the society now to understand, think and decide for themselves. Some things are supposed to be well, broken. So that better society, country can pave its way for the future.

Another very important lesson I learned during this training was, how to keep it good with the superiors in the company, if you want to survive (well). Having no experience what so ever in the corporate world in India, I don’t know personally how this works. But from all the experiences shared in all these years, this apparently exists. Why? The same reason as above. Hierarchy is deeply rooted. And until you have good relations with people up there, forget about having a comfortable work life or growth.

My question was and is, why have good relations only up there? Why not with all levels? Yes, some may not be as educated or in higher position, but that doesn’t make their existence any lesser.

“You can easily judge the character of a man by how he treats those who can do nothing for him.”

Although I am no one to judge but the first impression I get of anyone I meet is based on this one line very vividly.

Seeing someone behave disrespectfully boils me immediately. I’m trying to work on how to either stop that (when I can) and at the same time cool myself down.

Followed by these topics was about how family oriented we are. I think somehow that’s nice. Since we have the backbone and support at all times. And, at the same time, I believe it’s better to have some distance (sometimes). Reason?

Which brings me to the next very important topic that we discussed. Conflict handling and resolution.

It’s unbelievable how difficult it is to confront most Indians (personal experience only) about problems. For some reason, we cannot talk about problems or rather, find a reasonable solution without all the drama. It’s just impossible to be direct. Well, I tried on multiple occasions and this did not end well, for me. Of course there are so many exceptions to all these points but I am basing it on majority cases.

And hence, family space as mentioned before is better for this reason. Problems created, no ideal confrontation solutions and hence, more complications. That kinda comes to more problems and sometimes less personal happiness.

Another interesting thing was about how to tell and discuss with an employee that they are not working as per expectations and need to scale up their work.

The funniest thing was, a German in the room immediately answered – “I would say, ‘You Suck’ and it’s done“.

Very German I must say but not every German talks that way. At the same time, they wouldn’t beat around the bush either.

Coming to Indians, it’s the praise-complain-praise rule that applies. Slightly slide in the remark but don’t hurt the confidence or ego.

I don’t know that’s good, but that’s the way it works apparently.

Moving on and skipping some topics, we came to the topic of greeting elders by touching their feet.

I’m personally accustomed to it. It’s not something I do (or allowed to do since I’m yet a single unmarried girl. But suddenly I’m expected to do for my in-laws once I’m married. Still thinking and trying to find logic in that.), nonetheless, it’s something which varies from which part of country you come from.

Again, we were asked to pair up and try this activity and express how we felt. Not surprisingly, none of them enjoyed touching the other ones feet. But also, they didn’t like someone else submitting to them either.

This roots down to colonization again where respect means bowing down. Of course touching your parents feet or grandparents feet must have been there years and years before that too.

I personally feel, blessings from parents are always with us. Loving them and respecting them from heart is more important than forcefully bowing down. Some do it out of respect and some by force. It’s not always a personal choice but rather a society choice.

There were a lot more explanations about arranged marriages, food, religion, infrastructure and the contrast one sees when you’re there.

Indian culture is indeed a very complex topic and in order to get it, one must be open to both learning and understanding it.

But isn’t it the same for each unique culture in the world? It’s complexity, roots, values and variety makes this world so much more interesting! 🙂

To lighten the topic a bit, here is a video with explanation to the Indian-Head-Wobble 🙂

P.S. Please feel free to add your comments, views and questions to the comment section or a direct email to me 🙂

P.P.S. I hope I didn’t offend too many people in the process of expressing myself. It was a perspective that I understood and saw recently about the culture that I belong to, but don’t understand it and yet do, completely. 🙂

6 thoughts on “Indian culture and more…”